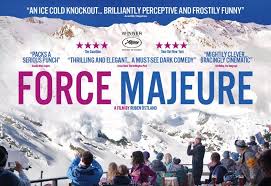 Have you ever seen a movie where the male characters are afraid to go out at night, who asks their female family members to come home early because they are afraid to sit alone or a shot in slow motion where a bunch of young men from a north indian village walking naked and shy behind a woman who has helped them from a GHOST!
The question of whether a film should be political or not is something I have been asking myself for quite sometime. And I think primarily it's subjective, ie the option of the director or the politics of the director will definitely reflect in it. I have come across many films which are politically vocal but doesn't satisfy me as a filmgoer. Kaala was one such recent film in that category. Then there's a whole bunch of filmmakers like Mani Ratnam or Priyadarshan ( in Indian mainstream context) who are good at making thoughtful and entertaining films but pukes really regressive politics at times.
Sthree is a gem of a movie, which is both political and entertaining. And they have chosen horror and comedy to say a strong politics which I feel makes it really subtle. Sthree is a female ghost who abducts young men and leaves only their clothes .Film cleverly subverts the mainstream cliche of a beautiful and young female ghost to make an important point. Funny yet thrilling and scary at times, it ends with a big revelation at the end that disturbs us for sometime. 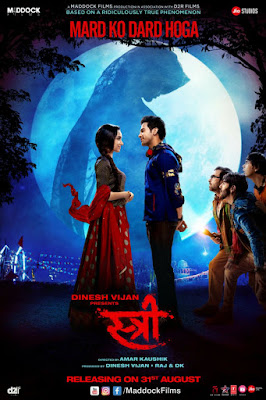 Rajkumar Rao is terrific as the polite young tailor who is chosen as the saviour of the village from Sthree. Sthree/ Ghost in the movie literally represent every women who are brutally assaulted everyday by the men. She comes once an year for four days looking for young men to have sex(suhaag raath). This is the myth believed by the villagers and Sthree rewrites the entire myth by the end of the movie. Also it's interesting to know why the Sthree picks up men naked. Progressing through really funny dialogues and situational comedy by well synced performance by a bunch of talented actors like Pankaj tripathi, Shraddha , Rajkumar and his friends , it ends with a terrific climax and much more to think after that. Must watch if you haven't seen it yet.
Posted by tranquilometer at 13:58 No comments:

Most individuals, fearing the complex depths within remain at the superficial and surface layer of their Psyche, said Nietsche in Untimely Meditations. 96 is a movie about such an individual who decides to go into his complexity that he haven't attempted for years.
Mr. Solitude of 96, K.Ramachandran brilliantly played by Vijay Sethupati believes only photography has the power to freeze a moment. 96 is like a Photograph that freeze you in your teenage past . It makes you feel the seriousness of the loss that's your schooldays and your first love that you have kept safely inside an old Echolac briefcase with number lock. The title song which is a compressed version of the 37 year old Ramachandran's life which we never see in the film , is an interesting exposition of his character. ' Yaaropol naan enne Paarkiren, Kaangindra ellamum naan aagiren' -The man who keeps on freezing moments sees himself as as stranger and he becomes whatever he see. He may be a man without much convictions and a plan about life. The vitality of his past is inside that old briefcase which might be leading him forward.
People say love is selfless, that's why while entering his classroom after years he first go and sit in Janu's seat before he goes to his. He picks and throw a piece of paper that was lying on the floor before he look ahead to Janu's seat. He might have gone through a lot of memories at that moment that we as audience never get to see. 96 leaves you with this want to experience more of Ram and Janu.
There's this scene where Ram is near an old tree in school compound while calling his old friend to share his excitement in revisiting the school and seamlessly taking out a Pambaram( throwing top) from the treehole as if he had kept it yesterday. I was so happy that it had lied in that hole for 22 years without anyone noticing it. Many of us may have such material secrets lying in spaces which we have left so long. Ram who isn't active in social media joins whatsapp to experience his old days. Did he thought about meeting Janu while joining the whatsapp group? The whatsapp group chat between old friends was so interesting both in its content and the style in which you hear the messages as voices inside head. So warm and contemporary a whatsapp group chat it was with a meme of Vijay that says' I'm waiting'. But the real wait is for Janakidevi who Ram still experience through some material memories like a white school shirt sprinkled with a blue ink pen, a poem about Janu which no one other than Ram has ever read and a dried flower inside an old diary which can break anytime if you touch it.
Ram becomes increasingly tensed as he's about to meet Janu after two decades. He experience his old self who's shy and nervous infront of the girl he admire. He sweats , heart pounds and falls unconscious with a touch of Janu. Shubha their common friend asks Ram the same question she asked in 1996. " Unakku vekkama ilaya" ( Aren't you ashamed to go unconscious before a girl) . This time she also asks Janu " 5 nimisham taniya vittittu ponal ippidi pannitiyadi?" It's funny ,but poor Ram who appears so 'manly' in his salt n pepper beard reduced to a 15 year old in front of everyone. Janu even tease him in another scene by asking him why he's so shy and innocent? He says it's because the beard and moustache is gone. She asks him what if it( beard) was there? He answers with a lovely smile that even then he's like that. We see a Ram, who is so strict to his students at his true self in front of Janu.
As the night progress , Ram and Janu open up themselves and discover what has gone wrong in their lives. Whenever they get too emotional , it's Ram who deviates from the topic by not lingering over the emotion. For Ram moments are supposed to be freezed and locked in mind and he considers it to be very precious. That's why he asks his students to never delete and reframe a click . He also asks them to click not for others but for themselves.
Ram and Janu are separated forever by fate and Janu tells a story to his students that actually was a life she imagined . Govind Vasantha's magical music plays for a fantasy Janu imagines. We feel sorry for them and ourselves. We are left with a grief that we always wanted to avoid. Time and memory collapses into a single night and Ram closes his briefcase to continue his journey. 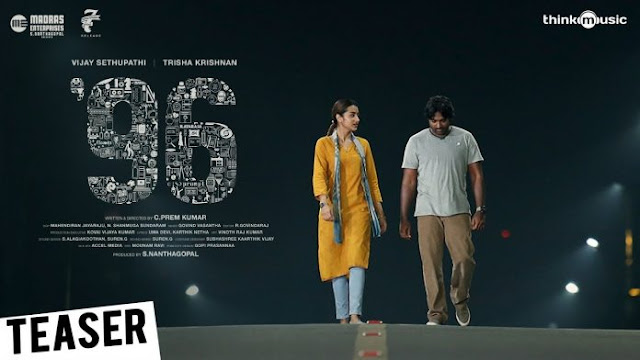 Posted by tranquilometer at 13:15 No comments:

Posted by tranquilometer at 06:19 No comments: 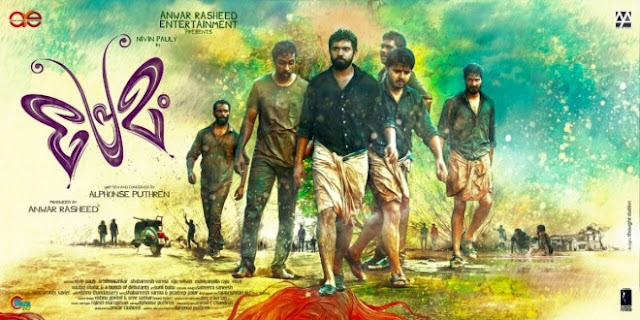 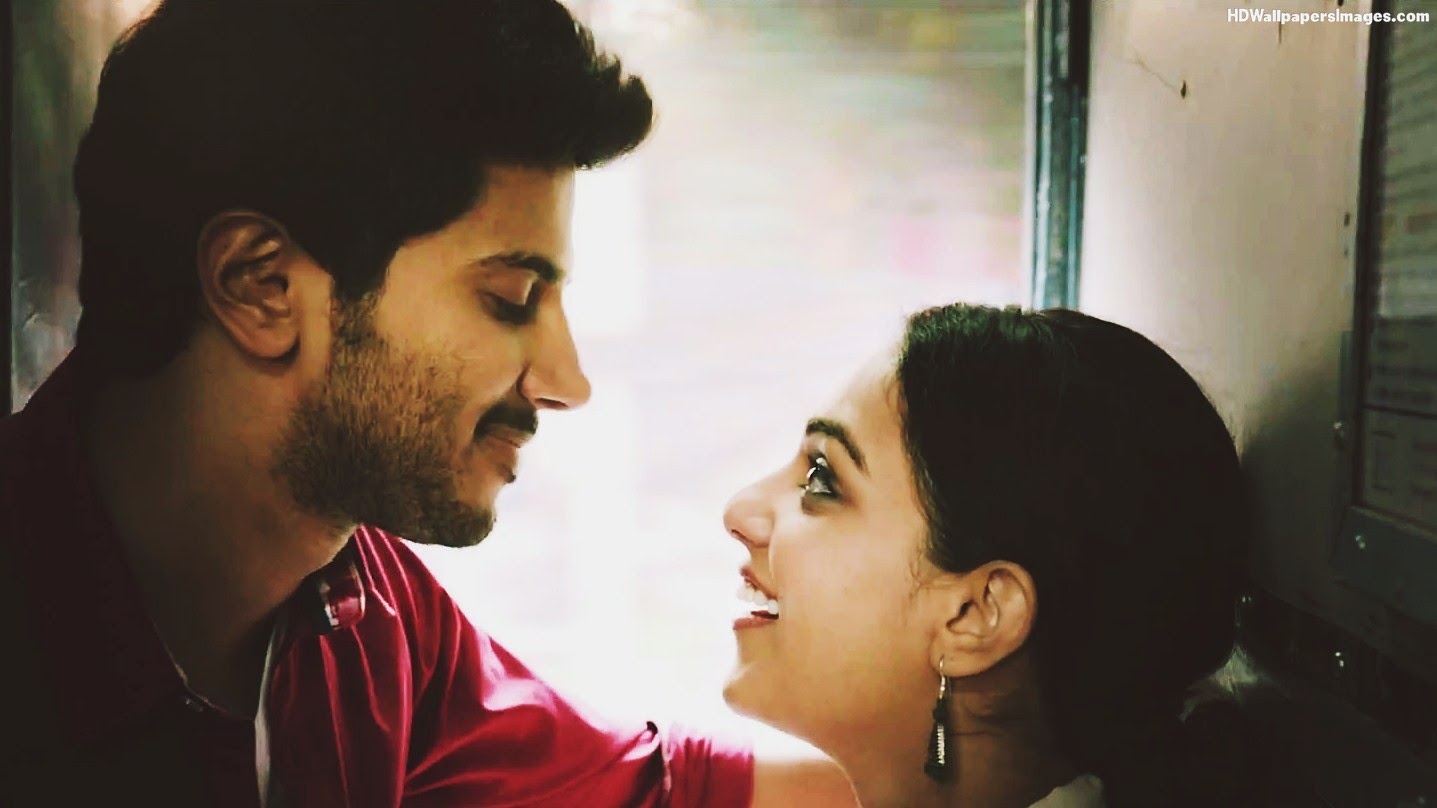 They meet at a railway platform, meet again at a church wedding, gets attracted, fall in love, agrees on the meaninglessness of marriage , starts living together without conditions,  ultimately time pops up hurting them with the red signal for separation ( career matters) and then what? They find solution in that marriage which at first they felt was just an arrangement of family and society. Happy ending. ( mental mandhil female version plays as end credits starts rolling ...)
What's special about this? There is no tension , no plot twists or suspense.
Nothing much. But its handled by Mani Ratnam who is good at it.
After the release of trailers,there was discussions on film groups regarding the anticipation of another Alaipayuthe.
I swear its not an Yennai Arindhaal by Gautham Menon .
Mani Ratnam has his moments, those conversations with wit that almost feel real, that represents the class and culture of those people. There is this typical ' 'Maniratnam conversation 'where at least one of the character is engaged in some work that makes it more organic, like the one where Tara( Nithya ) is busy drawing the architecture of a palace with excitement and Aadi ( dulquer) totally concentrated in Tara ,replying less excited about her professor.
It is heavily romantic, he goes deeper into their private talks,their intimacy and chemistry. It has traces of those scenes from Dil se, Bombay, Guru, Alai Payute.. ..all his films.( it is called trademark)
Explores contemporary relationships, clearly updated from the Alaypayuthe times, be it the colors, gadgets, lifestyle, the place they live and music. Yes soundtracks and background score is fresh and adds to the emotions. Neat art too, the colors on their interior is very attractive and urban.
Apart from an elderly couple comprising Prakash Raj who is a delight to watch, there are no characters with importance. Tara and aadi overhears the couple, the way with which Ganapathy( PRAKASH raj) take care of his wife ailing from Alzheimer's. Their love and understanding is witnessed by our lead couple through the little gap of their door.
There are boring cliches like the carnatic singing ability of heroine that acts as an advantage in a crucial moment. Also I wished there was someone like Madhavan to play Aadi who can actually behave other than looking good.( Forgive me DQ fans,it's basic human nature to compare,can't help it! ) Mani sir always preferred good looking men to play the lead.
Coming to the subject, film talks on two people who believed that marriage was just an arrangement of convenience and started living together with freedom. Freedom in the sense that ' I won't indulge in your personal matters ' or ' we will be free to end this once its all over' .
And it all ends with marriage as a solution which indirectly comments that marriage is more than an institution and live in relationships ultimately leads to it if its 'real'.(ideal) Like he said, its a reflection on contemporary relationships.

But I felt it more romantic,satisfying watch.
Feel good movie.
Posted by tranquilometer at 06:40 No comments: 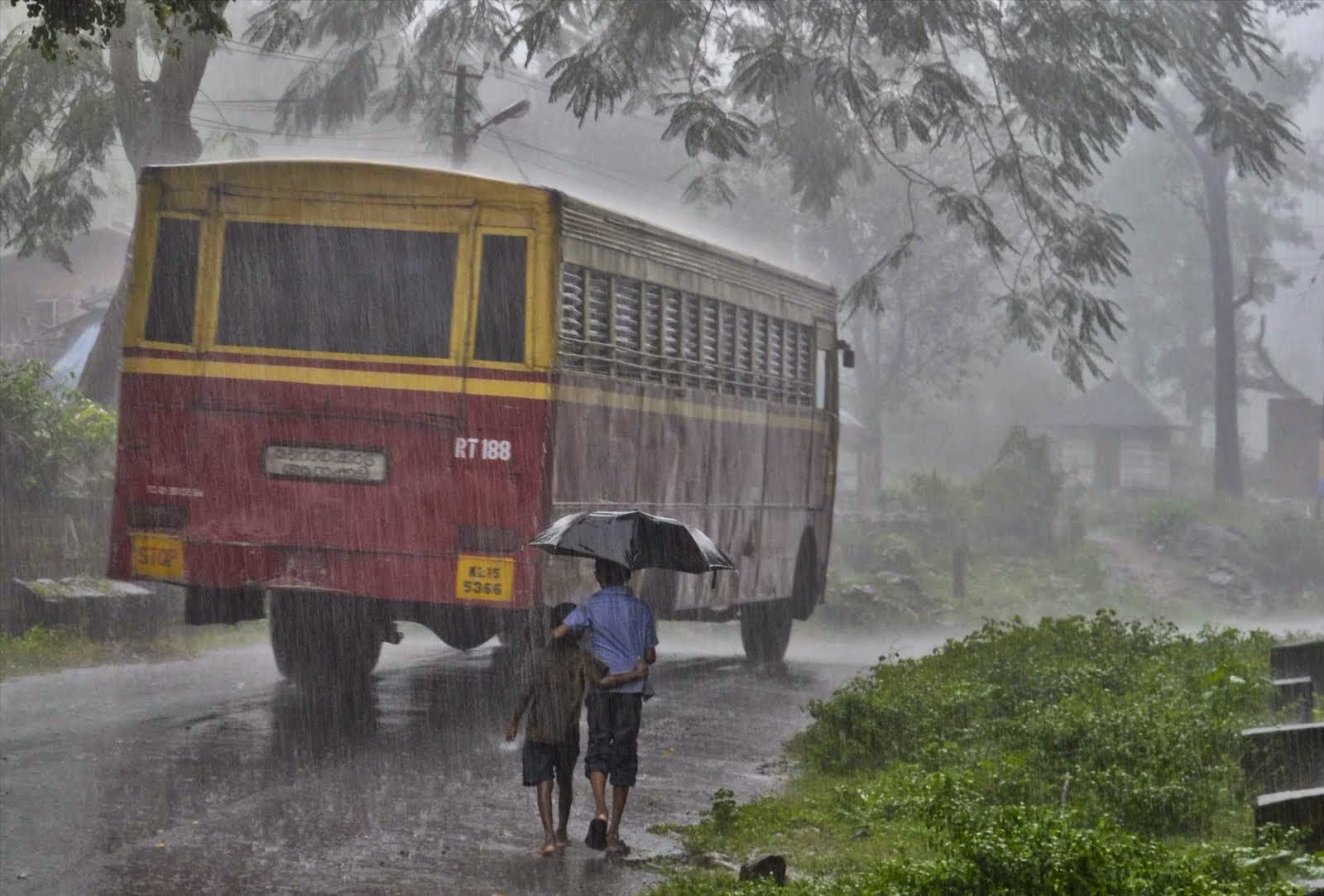